50 Top Italy: Passerini in Paris is named the best Italian restaurant in the world 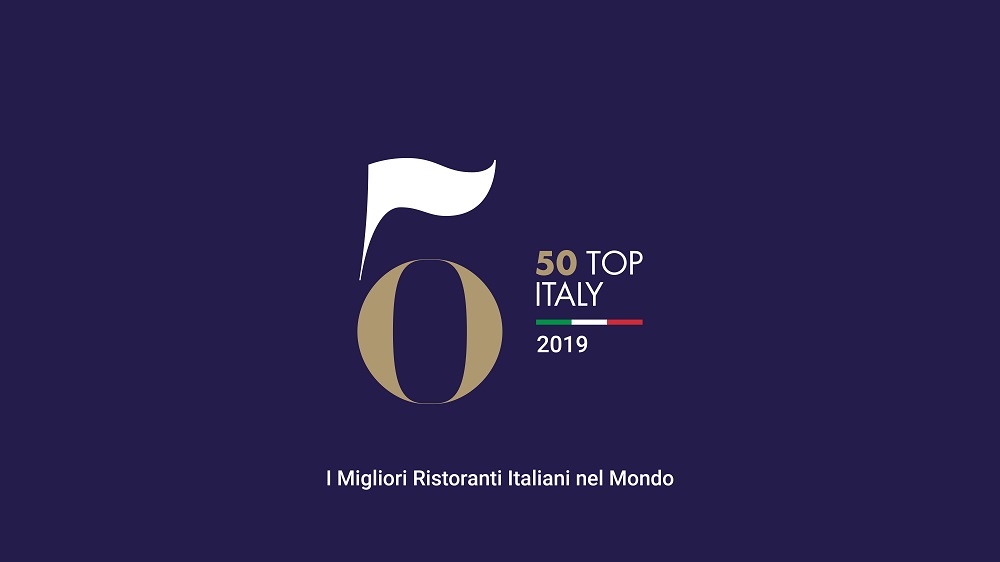 Also on the podium are Don Alfonso 1890 in Toronto and Heinz Beck in Tokyo.
50 establishments are present in the first ranking which recognizes the Made in Italy brand abroad.
Save the date for the Teatro Eliseo in Rome on 2nd December when the results for the four Italian classifications will be announced.

The wait is finally over. After months of work in our country and in the various continents, the curtain has been raised on 50 Top Italy, the free online guide dedicated to the best Italian restaurants both inside and out of the national borders. And the opening is to be held with great fanfare with the protagonists themselves; the best interpreters of the tricolor cuisine abroad. It is a bonafide global mapping of quality Made in Italy the world over: the listing of which emerges in the Best Italian Restaurants in the World 2019, the first step of a project by LSDM (the notable gourmet cooking congress held in Paestum since 2008) which was curated by the creators, Barbara Guerra and Albert Sapere, in collaboration with the journalist Luciano Pignataro.

In first place on the special classification dedicated to the best exponents of Italian cuisine worldwide, there is the restaurant Passerini in Paris, owned by the Roman chef Giovanni Passerini, a talent who went over the Alps to conquer French gourment some time ago. On the podium this establishment is followed by Don Alfonso 1890, in Toronto, and Heinz Beck, in Tokyo. These establishments are managed by two of the most prestigious names in the Italian restaruant sector: the Iaccarino family who from Sant’Agata sui Due Golfi revolutionized the concept of Mediterranean cooking, and Heinz Beck, a German transplanted in Rome, and soul of the temple of gastronomy, La Pergola.. The fourth and fifth positions go to Acquarello in Munich, and 8 ½ Bombana, in Hong Kong, restaruants led by two great chefs living abroad for some time now, Mario Gamba and Umberto Bombana.
The Top 50 recognizes first Europe, thanks to the presence of no less than 18 finalists from the Old Continent, followed by North America with 16 (14 in the United States and 2 in Canada) and then by Asia with 10. However, the global fame of the Italian cuisine reaches all continents: there are in fact 3 establishments from Latin America, (2 in Brazil and 1 in Mexico), 1 in Australia, 1 in South Africa, and 1 in the United Arab Emirates. The first city goes to New York with 7 restaurants, 4 in both Paris and Hong Kong, and then 2 in London, Copenaghen, Singapore, Tokyo, Bangkok and Washington. The case of Geneva in Swizterland is unique where you can find 3 locales with excellent Italian food.

All of the establishments present in the guide are able to offer, in terms of their cooking, style and authenticity of the products, a slice of Italian culture. But this is not all. Another common and fundamental characteristic is that of possessing a gastronomic philosophy for those who propose Italain cooking abroad, which we could define as 2.0. And therefore a cooking with solid roots in tradition, but at the same time open to new horizons, open to the reciprocal contamination that manages to make an intelligent use of the products in the local terriory.

All of these parameters were taken into account by the 350 inspectors of 50 Top Italy in the world, coordinated by Guido Barendson. They made their evaluations respecting anonimity and autonomy.

The wait is not quite over, meanwhile, to discover the names at the top of the 50 best establishments in Italy itself. They are divided into four price ranges, which is a great novelty that is unique to this guide. In fact, the Italian restaurants will be divided into: Low Cost, Trattoria/Osteria, up to 120 euros and over 120 euros. The final event is to be held Monday, December 2nd at the Teatro Eliseo in Rome.
Project Partners:
Olitalia, Birrificio Valsugana, Consorzio di Tutela del Prosecco DOC, S.Pellegrino & Acqua Panna, Kimbo, D’Amico, Mandara, EMME Prodotti Tipici, Pastificio dei Campi, Mulino Caputo.

Any cookies that may not be particularly necessary for the website to function and is used specifically to collect user personal data via analytics, ads, other embedded contents are termed as non-necessary cookies. It is mandatory to procure user consent prior to running these cookies on your website.